The Essential Guide to Language Development in Early Childhood 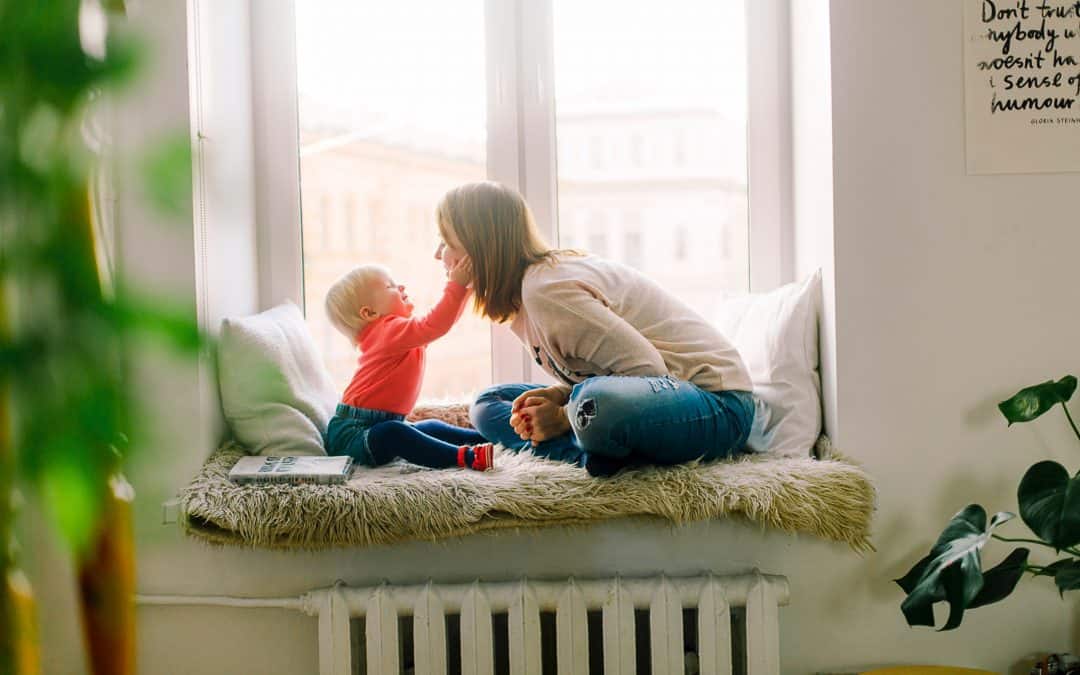 Parents often ask us about language development. When should a child be talking? When should you worry if your child isn’t talking yet? What can you do to help your child’s development? If these are your questions too, read on to find out.

The first three years of life are the critical period for brain development. During this time, the brain is developing very fast. Brain cells are forming connections called synapses. Frequently used synapses grow stronger. Those that aren’t get lost. Kids need exposure to the right kind of stimulation so that they will develop the necessary skills.

What is language development?

There are two types of language development milestones that doctors look for in children.

These are approximate ages – the average ages that kids learn these skills. Some achieve the milestones earlier, others later. Child development is not a contest. Do not feel pressured, and do not pressure your child. That said, there are certain skills that, if not present at a certain age, would be considered red flag signs.

Both receptive and expressive language are critical in language development. We usually notice more what a child says, but it’s just as important to check what he is able to understand. Also, make sure that words are used with communicative intent. What does this mean? This means that he should be using words to interact with others, and not just reciting something by rote.

It’s just as important to look at the nonverbal aspect of language. When your child sees a bird, points to it, looks at you, and says excitedly, “Bird!” – this is excellent! This is much more important than being able to recite the alphabet or count to ten by rote. The most important thing for your child to learn during this time is combining words, gestures, tone and facial expressions to be able to communicate with others. Even something like taking turns in a conversation, knowing how loud or softly to speak in different situations – these are all things that kids are learning at this time. We often take these things for granted, but these are important lessons!

It’s a common misconception that when a child has speech delay, we can wait it out and see if she catches up. But we now know that early intervention is extremely important. The critical period for language development is in the first three years of life. The earlier that we detect a problem and do something about it, the better the outcome will be. So if you have any concerns about how your child is talking, or about how your child understands what you tell them, tell your doctor immediately.

How to get started with stimulating language development in children

Research has shown that the more words a child hears, the better his language develops. These words have to be directed at them. He has to hear them actually spoken to him. You have to talk with him, in everyday situations – while you are giving him a bath, during your meals, when something happens. “Oh, look at that cat that just passed by outside our window!” “You spilled your drink! That’s OK. We will clean it up.”

Words that a child hears from videos or gadgets don’t count! Studies show that kids at this age do not learn from watching TV or videos. So if you were hoping to let him learn Japanese by playing some Japanese videos in the background, sorry, we’re out of luck. Brain scans of babies who heard someone actually speaking a foreign language to them show that they do retain the memory of having heard that language. But this doesn’t happen when they just watch a video. Until now, there is no research showing that babies and toddlers learn language from watching videos. They might repeat some of the words by rote. What parent hasn’t had a toddler constantly repeat what he heard from a video (sometimes with embarrassing results!)? But this is different from actual understanding and learning.

7 Tips for Success in Language Stimulation

Try this today: observe the power of interactive communication and serve and return interactions. Sit down on the floor or on the bed – anywhere that you will be at your child’s eye level. Face your child and look at her eyes. Copy the words or sounds that she makes. Do this for even ten minutes a day for the next five days and you will be amazed at the results you see!

To be honest, even as a developmental pediatrician and knowing all these in theory, mom life got so busy that I forgot to be intentional about this. Then one day, I attended a lecture where the speaker showed a video of a serve and return interaction. It was the reminder I needed. I went home and did it with my then-one-year-old. Within seconds of doing it, he was squealing with laughter! I didn’t realize the power of doing that until I actually became conscious of responding to his attempts to communicate. I hope you experience too how fun and rewarding this is. Do this for the next five days (set a reminder alarm if needed!) Share with us your experience in the comments below. 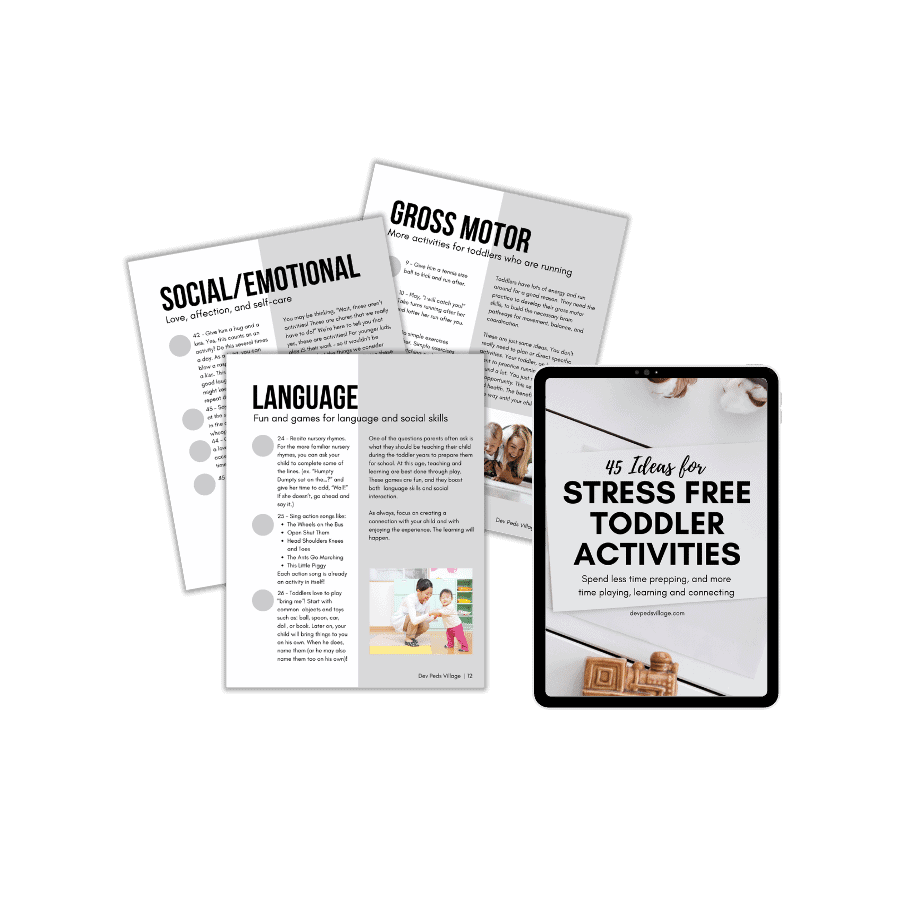 Feeling pressured to prepare activities for your toddler? Our quick guide is here to help. Spend less time preparing, so you have more time to connect and have fun with your child. We've prepared these ideas that are developmentally appropriate and high yield for learning through play - without the fuss!

Thank you for subscribing! If you don't receive an email from us in the next hour or so, please email us at [email protected]

This website uses cookies to improve your experience while you navigate through the website. Out of these, the cookies that are categorized as necessary are stored on your browser as they are essential for the working of basic functionalities of the website. We also use third-party cookies that help us analyze and understand how you use this website. These cookies will be stored in your browser only with your consent. You also have the option to opt-out of these cookies. But opting out of some of these cookies may affect your browsing experience.
Necessary Always Enabled
Necessary cookies are absolutely essential for the website to function properly. This category only includes cookies that ensures basic functionalities and security features of the website. These cookies do not store any personal information.
Non-necessary
Any cookies that may not be particularly necessary for the website to function and is used specifically to collect user personal data via analytics, ads, other embedded contents are termed as non-necessary cookies. It is mandatory to procure user consent prior to running these cookies on your website.
SAVE & ACCEPT